a Golden start to October 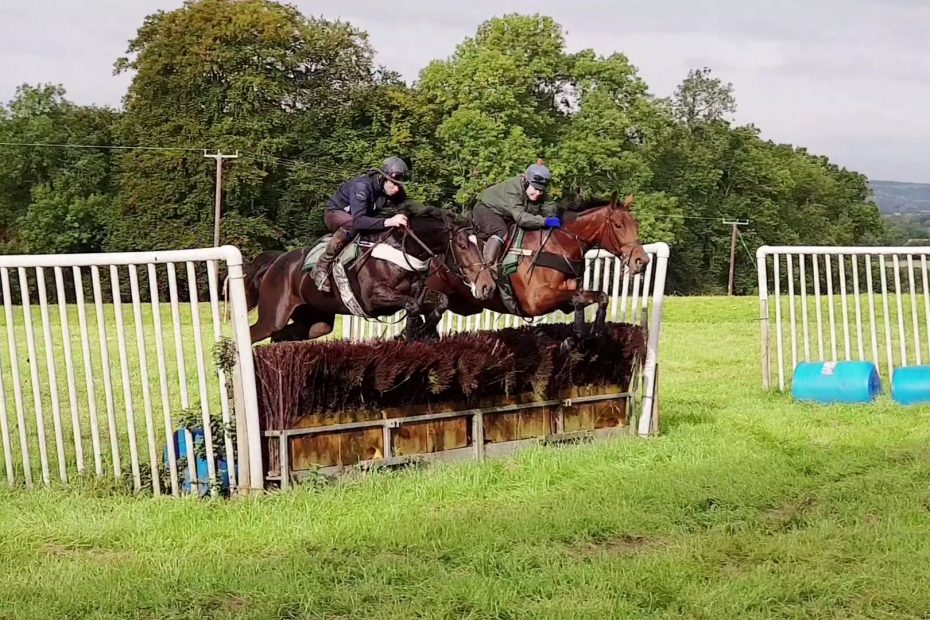 October got off to a great start, we were so happy for all the connections of Golden Taipan who won very nicely at Huntingdon last Wednesday. Gus was bought by Fergal O’Brien on behalf of the Double Barrels of Courage Partnership last May and he has stepped up with every run, having now won them two races. They have been so lucky over the years with the wonderful Loose Chips at Charlie Longsdon’s and Golden Taipan looks like he could give them similar fun. He’s a lovely laid back character who we all adore whilst he is here for his holidays and pre-training.

In other news Jetset and Milly (Passing Glance 3 year old filly bred by Fran and Christopher Marriott)) have returned to Charlie Longsdon and Dame du Soir has gone back to David Bridgwater. We very much look forward to seeing how they get on, Jetset is the nearest to a run and has been doing lots of intensive schooling so fingers crossed for her.

The pointers are all stepping up the work and the young maidens have been spending plenty of time in the school. It’s crazy to think the pointing season is already only 6 weeks away! We were pleased to welcome Will Biddick to the yard earlier this week to sit on Lady Dulverton’s Man in the Moon who will be one of our first runners. The pic above shows Moonie and Jetset schooling last week.